(GRAND RAPIDS, Mich. — February 16, 2016) Priority Health announced the appointment of Seth W. Wolk, MD, MHSA to the Priority Health Board of Directors, effective immediately. Wolk is the system chief medical officer of Spectrum Health and the president of the Spectrum Health Medical Group (SHMG). SHMG, formed in 2008, is now one of the largest multispecialty physician groups in Michigan with more than 1,400 physicians and providers.

"Dr. Wolk's extensive medical and research expertise will add a valuable perspective to our Board of Directors," said Joan Budden, President and CEO of Priority Health. "His vision for health care will continue to move Priority Health toward our mission to improve the health and wellness of our members and communities."

Dr. Wolk is a board-certified vascular surgeon and has been a member of the SHMG physician leadership team since 2012. In addition to president, he has also served as the associate chief medical officer and department chief, surgical services with the medical group. He earned his medical degree from Harvard Medical School and completed his general surgery residency at Massachusetts General Hospital in Boston. Following this, he performed his fellowship in peripheral vascular surgery from the Mayo Clinic in Rochester, MN. Dr. Wolk also has a graduate degree in healthcare services administration from the University of Michigan School of Public Health. Additionally, he was a physician fellow at the Veterans Health Administration National Center for Patient Safety. Dr. Wolk is an accomplished researcher with multiple publications and book chapters. He has been involved with medical student and resident education and has been recognized for many honors and awards.

With over 30 years in business, Priority Health is the second largest health plan in Michigan, offering an extensive portfolio of health benefits options for employer groups and individuals, including Medicare and Medicaid plans. Serving more than one million members each year and offering a broad network of primary care physicians in Michigan, Priority Health continues to be recognized as a leader for quality, customer service, transparency and product innovation. Learn more about affordable, quality health coverage options from Priority Health. 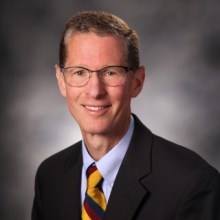 Not sure? View all plans